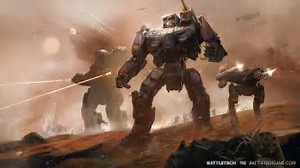 Battletech and ...stuff dealing with Battletech novels that I have read

I know, I know if you have read this blog before you have read at least one apology blog post about something I did, or read, or how I was thinking something was going to be and how it turned out to be completely different from what I felt.  Blah.  You have might also remember from a previous blog post that I have, on occasion, purchased used books from the Grass Roots Bookstore in Reno, NV.  This is going to be something about one or a series of those purchases and a mini review and a bit of a complaint.  Not about the bookstore mind you, no I like the bookstore.

I like Battletech, sue me.  I found the game, the series of books and I can’t recall now, I’m old after all, which came first.  I do remember that the first Battletech book I read was “Decision at Thunder Rift” by William H Keith Jr.  I remember that as soon as I could I went out and got a computer game that let me pilot a Locust, I think it was a Locust, I do remember I LIKED it.  I was a Mech Pilot!  Woot.  I mean why else would I even own a computer?  Hello.

I quickly found the table top rpg, Battletech, and was soon playing with a few likeminded people, spreading a mat on a table, rolling dice, and not to be a braggart, blowing the stuffins out of their mechs.  (At that time, it was all about firepower.  I had quickly learned you took your lance, fired all your weapons at one of your opponent’s mech, blew it up, and moved to the next one instead of splitting your fire.  For some reason, no one else did this, and I won, a lot.)

I then moved on to the Battlech tech computer game where you got to command a lance and it was not unlike any other war game except you had mechs instead of tanks, planes, soldiers etc.  Friends sadly moved on, grew up, something I won’t be doing any time soon, and stopped playing.  I then turned my attention to the novels.

I fell in love at that time with Michael Stackpole's 3 novels about the Inner Sphere, Prince Hanse Davion, Melissa Steiner etc. all.  I mean I LIKED Hanse and those stories.  I quickly purchased the books as they came out and read them, moving on to the next.  I have to admit that I let those lapse after a while, I had moved on to the Forgotten Realms, Elminster, Drizzt, and the like but from time to time I would pick one up and have a fond memory of Saturday afternoons blowing the crap out of an enem…I mean friends Mech.

I getting to the point of all this, really, I promise.

So, there I am at Grassroots Bookstore and they are having a warehouse sale.  Paperbacks for cheap, and on the last day of the sale you can fill up a grocery bag for a dollar, I think.  What do I find?  A whole boatload of ‘Mechwarrior novels, Dark Age, The New Saga Continues’.  It is my LUCKY day.  I pick them all up, and by all, I mean more than ten.  I bring them home and of course they sit on a shelf for months.  In my defense, I will have to say at least they made it to a shelf and weren’t left in the bag.  Right? Right?

So, of course I go to the Googles and find what order I’m supposed to read them in, I mean you have met me right?  I of course find out that I’m missing the first book, ‘Ghost War’ by my friend Mr. Stackpole.

As a quick aside here, I actually met Mr. Stackpole at GenCon a few years ago.  I went in 2010 to celebrate my …uhm…a numbered birthday that ends in a zero.  He was there giving lectures on how to write and I signed up for all of them.  Later I stopped by where he was having a drink and said hello, that I appreciated his panel discussions, and I was looking forward to tomorrows.  I am sure he of course recalls this because it was ME after all and no one else had ever done that.  Right?
The first book I do have is ‘Call to Arms’ by Loren Coleman.  Now I have also read books by Mr. Coleman before and liked most of them, this was no different and I enjoyed the read.  In fact, it somewhat reminded me why I did like the other stories and why I liked Battletech in the first place.  I was looking forward to the next one.  Do you think I’ve done enough foreshadowing?

I found I had the next book, ‘The Ruins of Power’ by Robert E. Vardeman.  I am sadly saying right here, right now, I really disliked this book, storyline, even the characters.  I will go on to say had this been the first book I had ever found about Battletech?  I more than likely would have stopped right there and never bothered to pick anything else up.  Yeah, I disliked it that much.

I couldn't care less about the characters Dale and Austin who were brothers, pretty much perfect, and found it very hard to do anything wrong except one of them got a broken nose that wasn’t set quite right so he had a bump on his nose.  It must be hell for the guy, just sayin.   I was also confused for the first few chapters until I just gave up trying to figure out if these characters were related to the Ortega characters in the “Call to Arms” book by Mr. Coleman.  If they were, I would have thought it could have been mentioned, if they weren’t?  Why the heck would you name them the same?

Their father, the Governor, of course he was, was also a pacifist and wanted to get rid of the military.  Of course, you do, the way to communicate between planets is broken, civil unrest is everywhere on your planet, the few snippets of stories you get from other planets via space travel says that there is trouble on other planets so what is the first thing you want to do?  Save money, get rid of the military.  There couldn’t be any issues with that…  There was also the death of one of the brother’s soul mate girl friend who was hot and the villain of the story is an unattractive, skinny, bony fingered woman.  I am going to guess only pretty people can be the hero and only ugly people can be villains.   Well at least being the bad guy she was skinny…   I had to for my own sanity stop reading after 89 pages.
I went to the next book on my shelf which is “A Silence in the Heavens” by Martin Delrio which as of page 31 I am enjoying.  I do think it might have something to do with the story is back on Northwind with the Northwind Highlanders whom I have enjoyed reading about just about as much as I have with the Kell Hounds and Jamie Wolf, Wolf’s Dragoons.  Yeah, look at me being a name dropper.

What all of this means to you as well as to me?  Don’t give up on a series due to one bad book.  Give other books a try if you liked other things in that group.  I will let you know that I will give most things three tries before I say I have had enough.  I am trying to come up with something I have given up on after three tries and I know it has been some TV series where after the third episode I just couldn’t handle it anymore.  Nothing is coming directly to mind but I am going with that is because I try not to think of the bad stuff and focus on the good.  I mean anyone that knows me knows, just knows that I am known for my positive outlook on life.  Oh look, 1355 words…thirteen should I be concerned about that?  Nah, life is good.