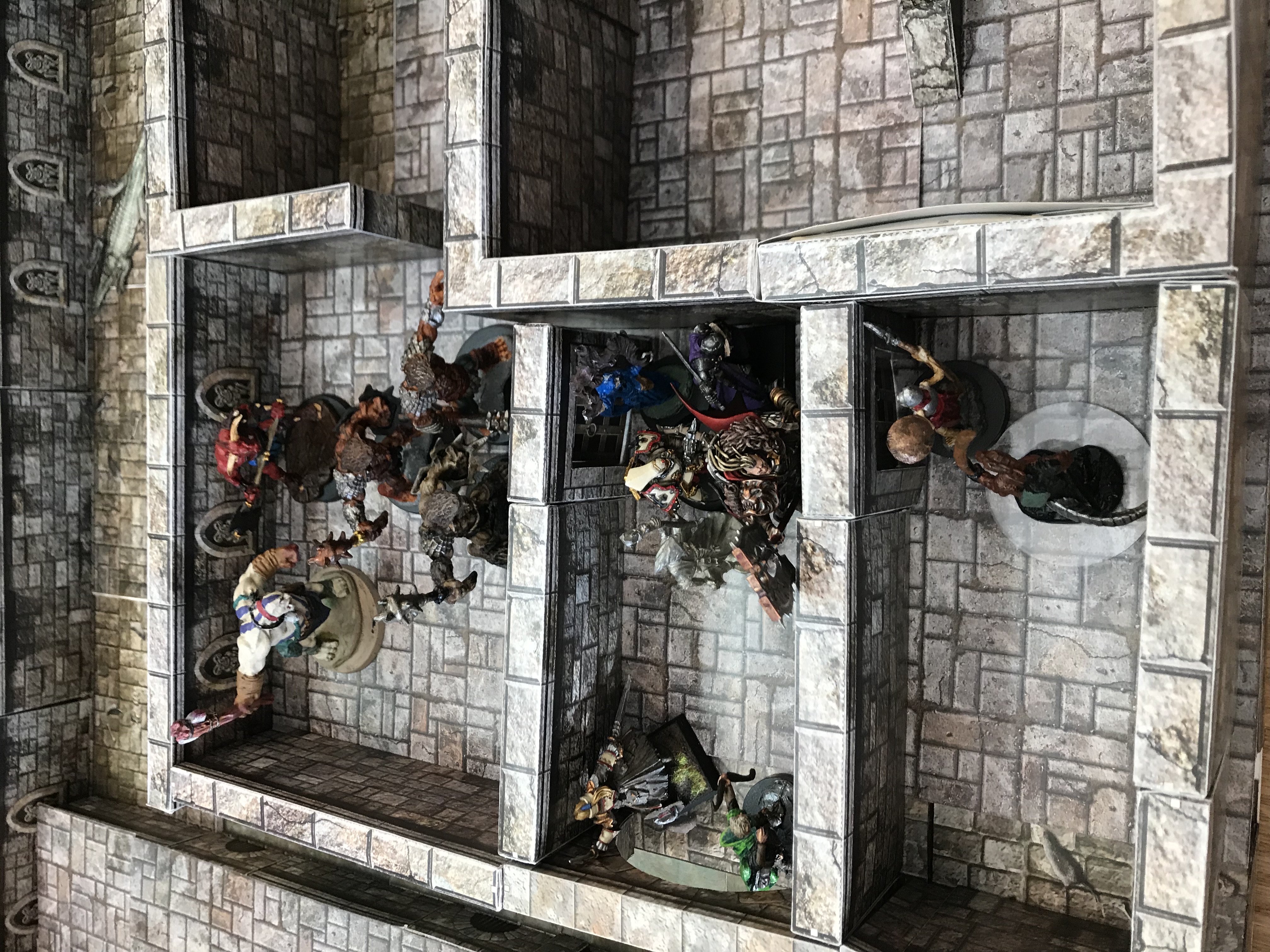 A Slavers Point of View

Rheingold sat down at the desk and took a deep breath.  It had been getting harder to use the Palantir in his work; he wasn’t sure why.  They had told him he needed to keep an eye on Freeport, report what happened there, and keep the report concise.

Taking a much needed deep breath, cleared his mind, he zoned in on the City of Freeport, the wharves, the sounds, the smells…  smoke, fire, smells of something assaulted him on fire he could not place.

It took a couple of minutes to zone in what was going on.  The Abbey?  It couldn’t be The Abbey was the outpost for the Guild.  How could that place be on fire?  A moment turned into ten while he used the Palantir to zoom in on what was going on.  The Grey Company?  Here?  Hadn’t they been paid off?  Or at least discredited?  The Guild Council would not like to hear this in the least.

Another breath taken, Rheingold began the spell to assist him, Scribe.  Part of his training he had to recite what the spell did.  “Casting Scribe brought into being a magical quill into existence it would transcribe everything said, by the caster, on to paper.  It would not edit, review, or change what was written unless specifically told too.”

The quill winked into being and was ready to begin writing…

“What is going on?  This makes no sense.  I will re-write this I know, by the gods who are these people?”

“Fine, first I am Rheingold Fugees, I’m one of the secretaries for the Slaver’s Council.  Chosen due to my clear and clean hand I am taking notes on what is going on in the city of Freeport.”

“It looks like the City is on fire, the Watch and the Army both cannot contain the blaze.  There is little doubt to the outcome now, not with The Abbey falling.  Hopefully the stock will be transferred out before something evil befalls everything there.”

“All right, fine now who are these people?  What are they doing in The Abbey?  Really?  They even took out the cleric in the temple?  The basilisk too?  I liked Mortimer.”
“So, that looks to be a cleric now taking care of the basilisk, the Yuan-Ti, is staying behind in the showcase room.  Why isn’t someone recruiting her to be on our side?  She is a Yuan-Ti for Odin’s sake?  Someone should see if a bribe would be enough to get her to switch to our side.”

“Freed slaves?  Trying to get revenge?  I will find out their names and their families captured and eaten, who hears of such a thing, slaves using swords and bows?  Note, someone named Grendel and Garrett, they need to be tracked down, killed, and their families found, and they can become slaves too.  Cheeky creeps.”

“What are they looking at down that grate?  Weird.”

-Laughing- “A portcullis would be much of an issue, that is funny stuff right there.  Do you think they are doing this on purpose?”

“All right, they found the Gas Room, wait they have a torch?  This is going…  Ouch, that had to hurt.  Deeds like that will wake up Tooth, yep, there he is.  Are those scimitars magical?  Never thought to check.”

“Seriously, Tooth would eat one, after they opened the concealed doors to the bug room.  What is their right names?  Can’t remember, they are disgusting things though.  If they didn’t have the job of cleaning up the bodies?  Yea, I would have thought the Masters would have gotten rid of them years ago.”

“It is not right they killed those bug babies, they are disgusting, still bug babies?  The gods will cry over their deaths.  At least that cow got away, she can always make more.  Those drones?  It is the way they eat their kills that put me off.”

“His mother Claw will rend their flesh, I hope she gets to voice her displeasure over her son dying.  It would only be right.”

“Yes, Fireball, I knew the money we paid to the Ogrillion was worth it.  He took down half the party, look that disgusting dragonborn is down.  Horrible slave, not willing to stay in chains.”

“Take that former slave!  The Demonologist knows his stuff, see how his creature fights off the other slave?  This slave tries to jam his sword between the armor and the helmet.  Thief, he wants the helmet for himself.  Thieves!  They call themselves noble, what?  Cob is his name?  Pfft, Thief I call him and cad.”

“I see those others.  Standing about, they look to be ready to slay the others in their party in a heartbeat.  More fireballs!  I need to warn the Masters more fireballs.”
“Wait, wait, the Rune Witch lives?  Vladimir said he killed her, ripped out her eyes, used her bones for something, she lives.  That is not good.”

“Odin’s Beard!  They do not escape these slaves nor are they those idiots from the Grey Company.  These are the so-called Heroes of Silverton.”

“There can be no consideration of capture, they must die!”

Review of "Creatures of Will and Temper" by Molly Tanzer

A Slavers Point of View