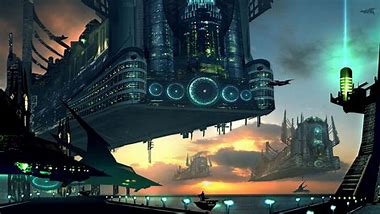 I remembered the song “My Future is so Bright I got to Wear Shades” a movie, do you remember movies? An actor, Christian Slater I think danced around in half a police officer’s uniform, I don’t recall why. The dancing and the song is what I remember.

Then all those “Back to the Future” movies with Michael J Fox. Who would have thought Fox would someday become president and Slater would become the Secretary of State? All on the platform “Celebrities Know Best.” Arnold Schwarzenegger, Secretary of Defense. Shonda Rhimes? Dept of Labor. Everyone thought this an odd choice until people remembered how many people she got to work in all of her shows on TV.

Hugh Laurie even got Surgeon General, not because he has any real medical knowledge. No, because he played a believable character on his hit TV show, House. People are weird, right? I really don’t see if our future is any more bright or less bright. I will say the roast by the Press Corp of the President has been a lot funnier the past two years. The quality of the jokes has gone way up.

The one post I did not understand? Christopher Walker was the Director of Homeland Security. He has no experience in the field. Sure, he can dance, classically trained even. So he could dodge the hard questions. I viewed some other interviewed for other posts? Walken, because he called up and said he wanted the position and people were frightened to tell him no. Strange, right?

The biggest part of politics and being in the future? How they want to make the same mistakes with the past. There is now talk about digging up Teddy Roosevelt and having him run for president. No, not bringing him back to life, no digging up his body and letting his corpse run. The future is weird.

(I have to say I wanted to put in here “No what I heard is they wanted a Reality Star like Donald Trump for President, no one though would ever believe an ass like that might get elected, hell I think it is hard to arrest stars when they murder someone. Let alone find them elected President.” Hit a little too close to home.)

Is it really a future?