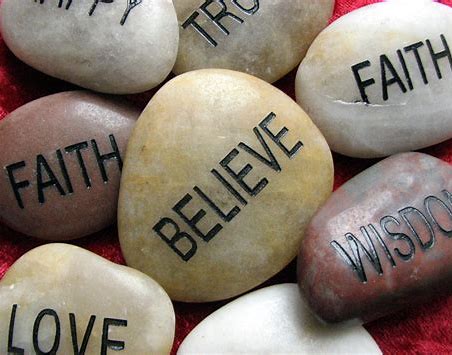 Standing outside this little shop in the pouring rain getting wet from the spray. The building appeared weighed down by the surrounding buildings. The little building had sprigs of color. Purple, green, and silver were the most pronounced. The surrounding buildings, one on each side and one behind, were a drab oatmeal color. Bland, no life, something boring as everything. The building across the street also leaned, giving the effect of shadows being cast into the windows of the little shop.

Above the door of this little outpost of color, a sign painted in red letters stated. “Belief for Sale and Exchange.” Looking at the card in my hand, this was the correct address. 1313 Mockingbird Way. This certainly is an odd place for my Catholic Priest to send me.

The sound above the door did not ring like a bell. A chime, wind chimes on a spring breeze. The scent of spring wafted on the air current inside the shop. A peaceful Eastern sense to the place. Again, not a place I had expected my local Catholic Priest to send me, unless he wanted me to leave the Faith.

Along the walls on shelves, hanging from hooks, strings, and wires from the ceiling, in glass cases in a chaotic pattern which made my head hurt. Pendants, talismans, fetishes, books in a myriad of different languages. Runes carved on some the items and an almost shiny feature of blandness on others.

A short woman came from the back through a curtain to reach the sales floor. Or the church, temple, possible sanctuary. No idea. Puffing on a short corn-cob pipe like straight out of a Mark Twain story. Her gaze judged me up and down. “No Belief, eh? You come here to find one?”

Looking at her, I shrug. “I don’t know what I’m here to do. When I was little? I believed in God. The old man, sitting on a chair, white hair, white beard. Lots of clouds. He had angels all around, they were all blonde. Have thought little about God since, now? I don’t think I have a belief about anything.”

She nodded, walked around to the front of the display case, to the side. A potbelly stove, a couple of uncomfortable looking wooden chairs around a wooden cask. On top of the cask? A checkerboard and checkers in the colors of black and white. The area had a stink of sweat, spilled beer, and tobacco both chewed and smoked. It was slightly odd not to whiff a remnant of a fire or wood burning at all. Picking up one checker, smooth to the touch. Nothing should be this smooth.

“So, how does this work? You sell me a belief? You hand me a receipt? Walk out of here happy as a clam?” the woman laughed a bit, sucked on her pipe, blew out some smoke. She made one smoke ring. “Um, no. I don’t sell you a belief, I remind you of your beliefs. Think of this as a journey to your past and I remind you of the different times you had a belief about something.” A stare of disbelief in my eyes.

“Look.” A breath and she put the pipe down. “You remember when you had a belief about Santa Claus, right? Easter Bunny? Leprechauns? Those beliefs were genuine until you stopped your belief in them. So now they don’t, exist. Not as a belief, anyway. Now they are a memory. You have a memory of a belief.”

“So somewhere I lost my belief in Justice? So, Justice doesn’t happen anymore?” She nodded, then shrugged. “Since Justice works for some people, they still believe, believed in Justice longer than you have not believed? They receive Justice and by standing next to them, so do you.” A breath. “Hey, I never said this makes sense, you know. It is a belief, not a sure thing.”

I stood still, confused, elated, and something I couldn’t quite put my finger on. I can choose to have a belief in anything. The woman nodded, pulled on her pipe, pulling more smoke. “Fine, I will have a belief in myself.” Said in a whisper.

“Smart, no one picks themselves anymore.” The room shifted, colors blurred. The floor fell out.

I found myself on a street, at a corner, looking left and right. I knew one thing. I might choose the way I wanted to go and would be the right one. I believe in myself and nothing could go wrong from this point forward.

Until my belief did, of course, this is another story.

What do you believe in?