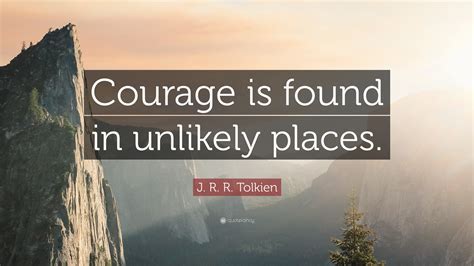 Hard to lay perfectly still in a pile of dead bodies. Doing the best you can? What people told you everyone did. I didn’t want to do the best for me. I wanted to run screaming home, strip out of the bloody clothes I wore, take a bath, drink, and wake up and drink again. This was terrifying. The drill instructor said, “Courage is where you find it.” Well, at the moment? I was going to find courage in a toilet, in a bottle, or both. Seeing creatures walking around the bodies, leaning in, taking bites out of the dead, those dead were people who found courage, maybe? Courage not something which waited for a person to open a jar of mayonnaise to find the courage inside. Yes, a stupid thing to think, I'm a lot less stupid when not as terrified as I am. I’d pray though to whom?

We were miners well previous miners. Miner’s apprentice, that’s me. I did scut work. Sharpened the tools, brought water, made sure the pots were empty from the waste. Human and other. I had not found the secret door where the creatures came through.

When the monsters came, everyone put into a uniform. We found we had some skills, we practiced, we poked, stabbed, sliced, pierced, and bludgeoned things. Plus, we did a decent job of seeing in the dark. All the time spent underground? We were excellent at being sneaky. In a sad turn of events. The monsters were better being sneaky. The pile of dead bodies atop me proved the case.

When the monsters talked amongst themselves? At first, I could not understand them. The longer I laid under the bodies, the more still I became. Some words made sense. Guttural took a bit, finally found the words discernable.

They were going to go to the village they were going to attack the women and children while they slept. Few guards were about now. Gone off to the wall. The expected attack points. Coming up through the mine, they had completed an end run around the defenses.

This is when I knew what needed doing. The signal fire at the end of the wall. Used for a mine collapse, emergency, or gas filling the mine. Light the signal beacon and everyone would see the signal.

No way I could do something. A torch sputtering in the wall caught my eye. Would light the signal. Had to move quick, light the fire, move the heck out. Monsters were scary, not for being bright. Courage, not my strong suit. Seems we both had our shortcomings. Hearing my mom’s voice in my head, seeing a monster eat her. The impetuous I needed “move sorry ass move” I yelled at myself.

Pushing Drake’s body off of me, Drake my best friend in the world. He would do this. I swore he spoke the others cheering me on “Do it.” Up, running, reaching. Torch in hand, not seen yet. Running towards the signal fire. Arrows in the air, coming at me. Dodging. swerving. Left, left, right, left. Reaching out, the torch fell into the pot, the wood, the oil swooshed up into the night. Lit. Somehow, I had found the courage to stop being me and to be someone or something else. I had found the courage everyone said I had.

Of course, now? Running away the order of the day and indeed something I’m brilliant in doing. “Run! Feet, do not fail me or I swear I won’t wash you for a week.”

Can you find what you didn't know you lost?